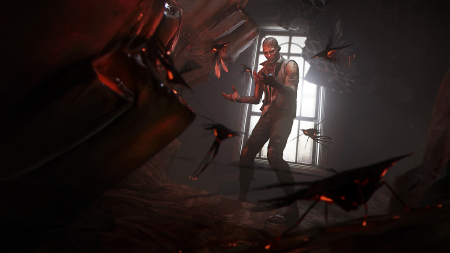 Nest Keepers appear to be individuals originally infected with the Bloodfly Fever who did not die from it, but rather succumbed to some sort of unusual brain damage during the final stages of the disease, resulting in a fixation on protecting nearby Bloodfly nests. The Bloodflies in turn welcome the afflicted person and a symbiotic relationship is formed.

These individuals are often found inside Bloodfly-infested and/or quarantined buildings. When they spot the player they will attempt to physically assault the player with melee attacks. They will also agitate nearby Bloodflies to sting the player.