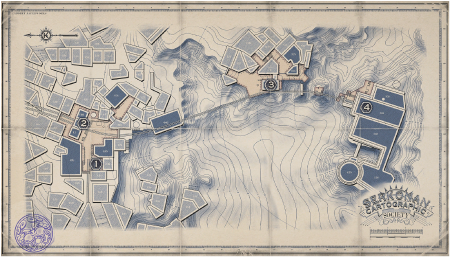 The Aventa District is located on the west side of the city of Karnaca, north of the Santiago Fisheries. It is divided into an Upper and a Lower district which are joined by a rail carriageway and adjacent to the Jindosh Mansion, which has its own carriage stop.

The lower district consists of a few mainly self-contained areas: